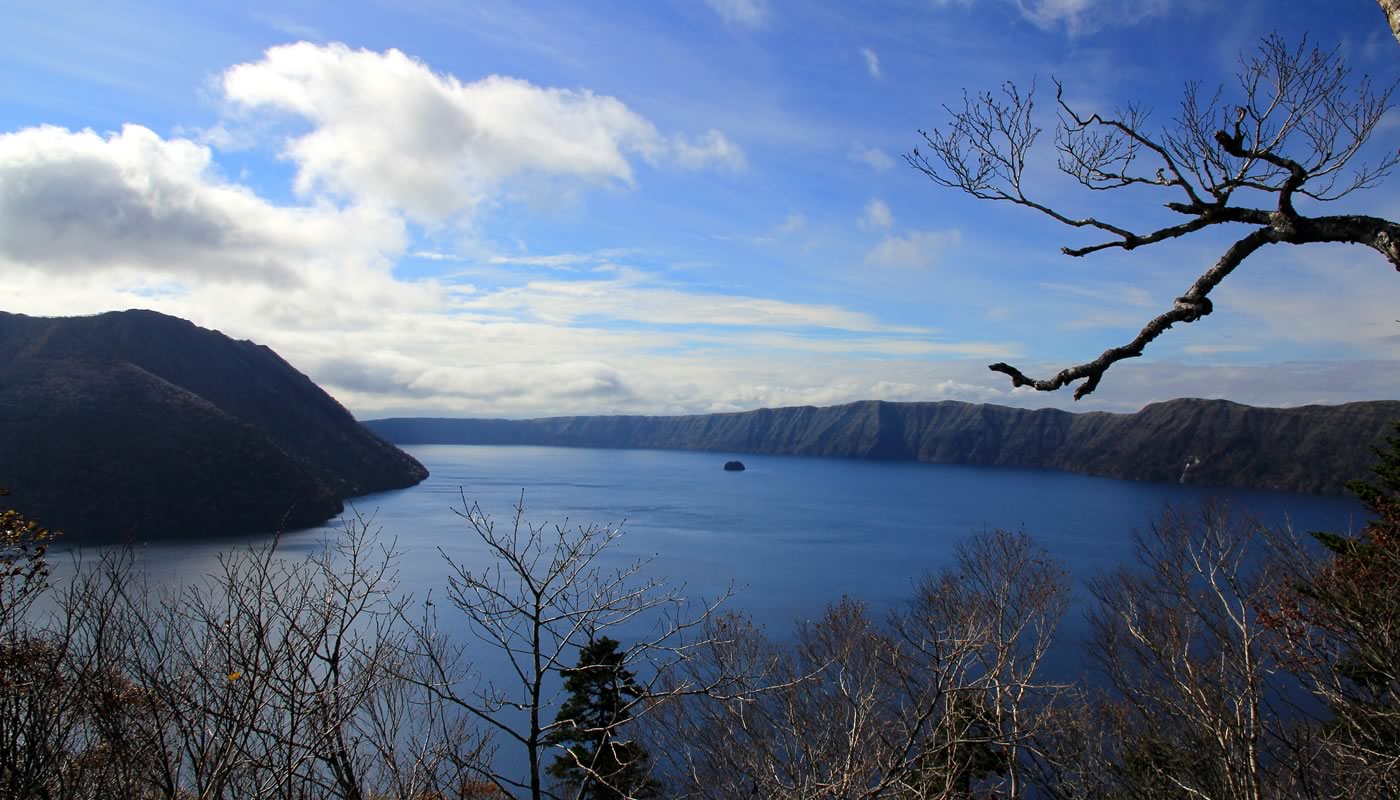 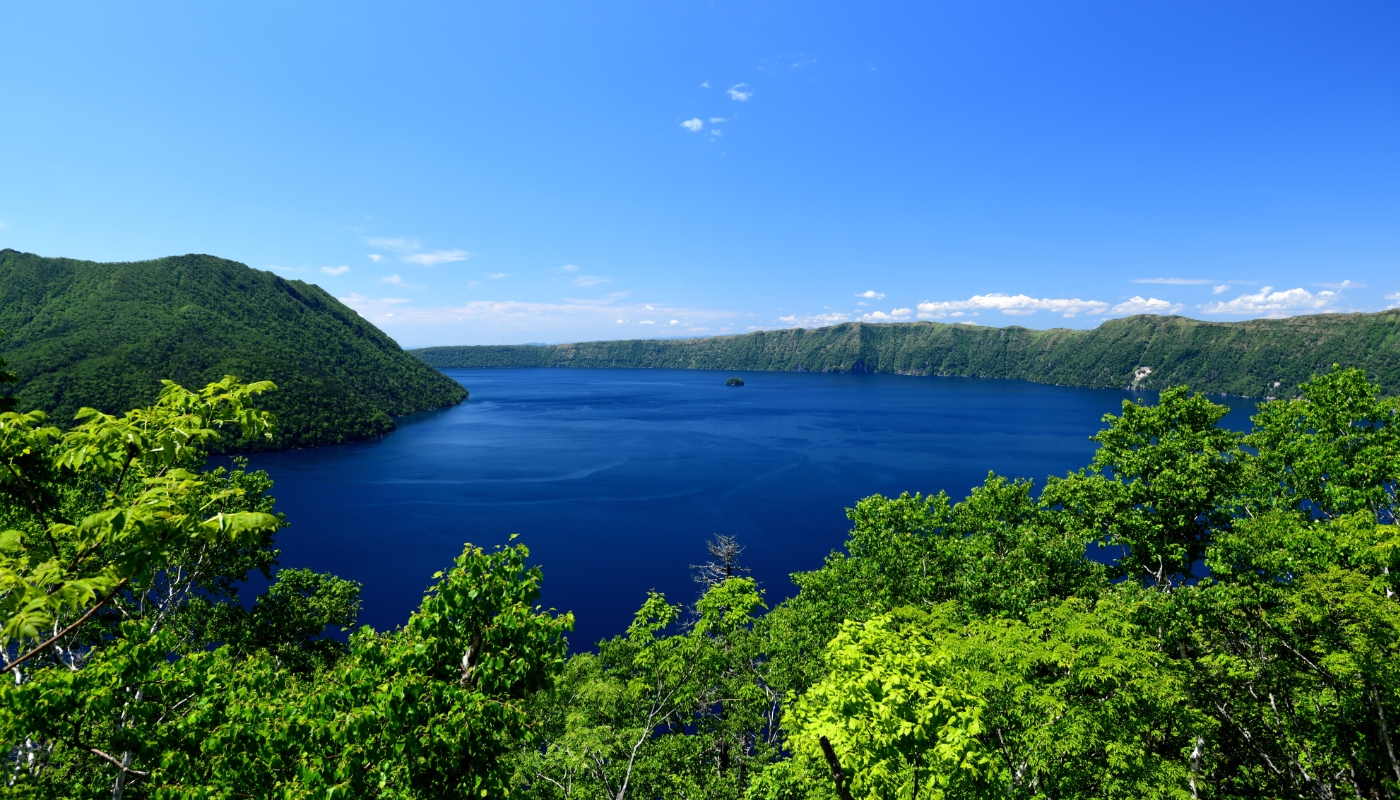 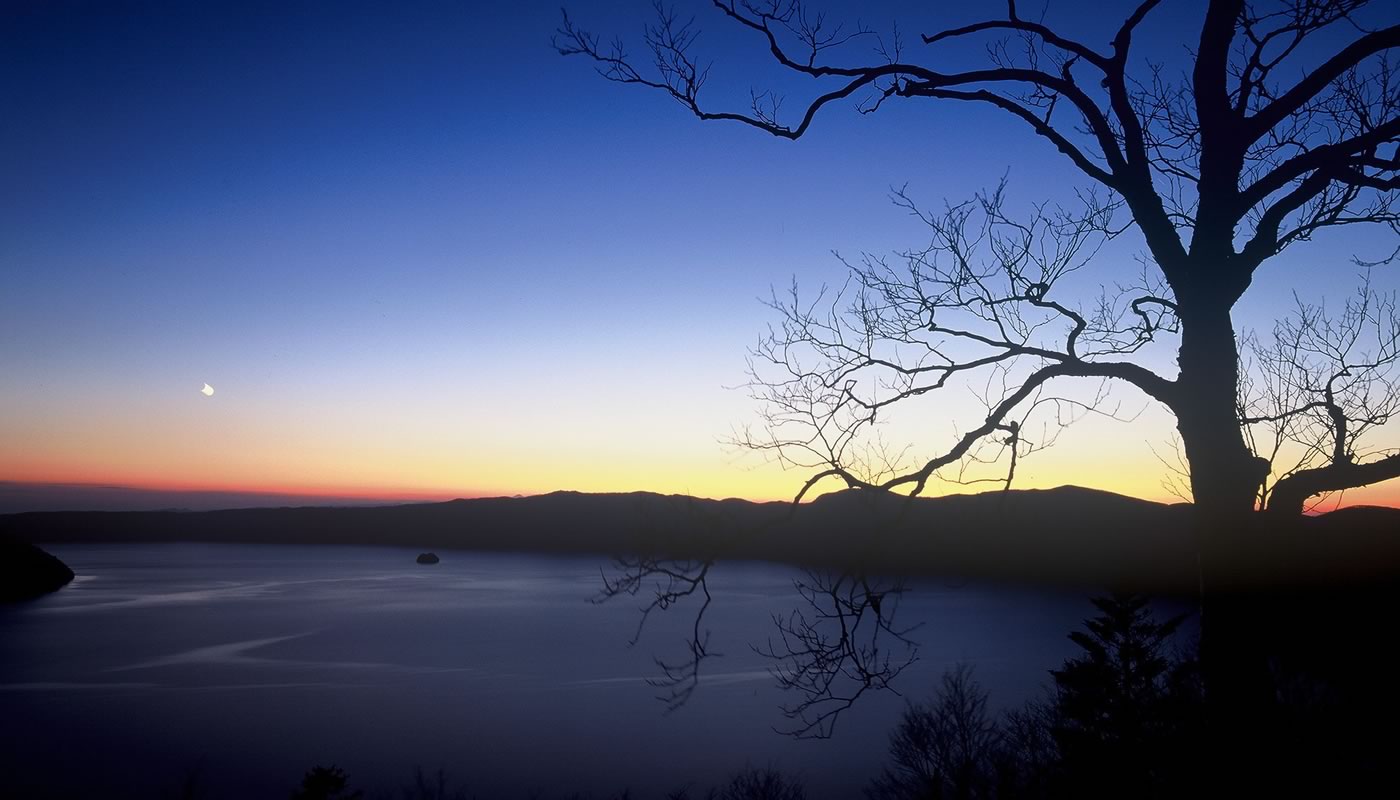 Uramashu observatory locates on the border with Nakashibetsu-Cho. It is called Uramashu (Back Mashu) because it is on the backside of the 1st and 3rd observatories in Teshikaga-Cho. Since the altitude (585m for Uramashu Observatory) is lower than those of the observatories of Teshikaga-Cho side (683m for the 1st observatory and 701m for the 3rd observatory), it is less foggy. It means you can have a clearer view of the mysterious lake more often. You can also enjoy watching the trees reflecting themselves on the crystal clear blue lake.
On the left side of the observation deck (southeast of the lake) is the volcanic Camuinupri (Mt. Mashu) which means "Mountain of God". Lake Mashuko is a caldera lake formed by the collapse of Mashu volcano, and you can see traces of the volcanic activity from the terrain surrounded by the caldera walls that surged around.
Mashu volcano was formed in the place of the present Lake Mashuko about 10,000 years ago and repeated big eruptions. The biggest eruption occurred 7,000 years ago and a large amount of volcanic ash and pyroclastic flow was jetted out. The ruins became hollow, and a caldera of approximately 7.5km in diameter, minor axis approximately 5.5km was built. After 3,000 years, the water was pooled in the caldera and Lake Mashuko was formed but it was bigger than it is today. Then, Kamuinupuri was squirted at the east bank of the lake, which made the lake smaller by three quarters. The largest eruption occurred in Camuinupuri about 1,000 years ago, which destroyed its mountaintop and the lake became the size of what it is now.
Kamuish Island is a small island, which is in the center of the lake, but this is actually a lava dome of about 211.4m under the water and about 1 km in diameter at the bottom.